Keeping Your Pet Safe Around Wildlife 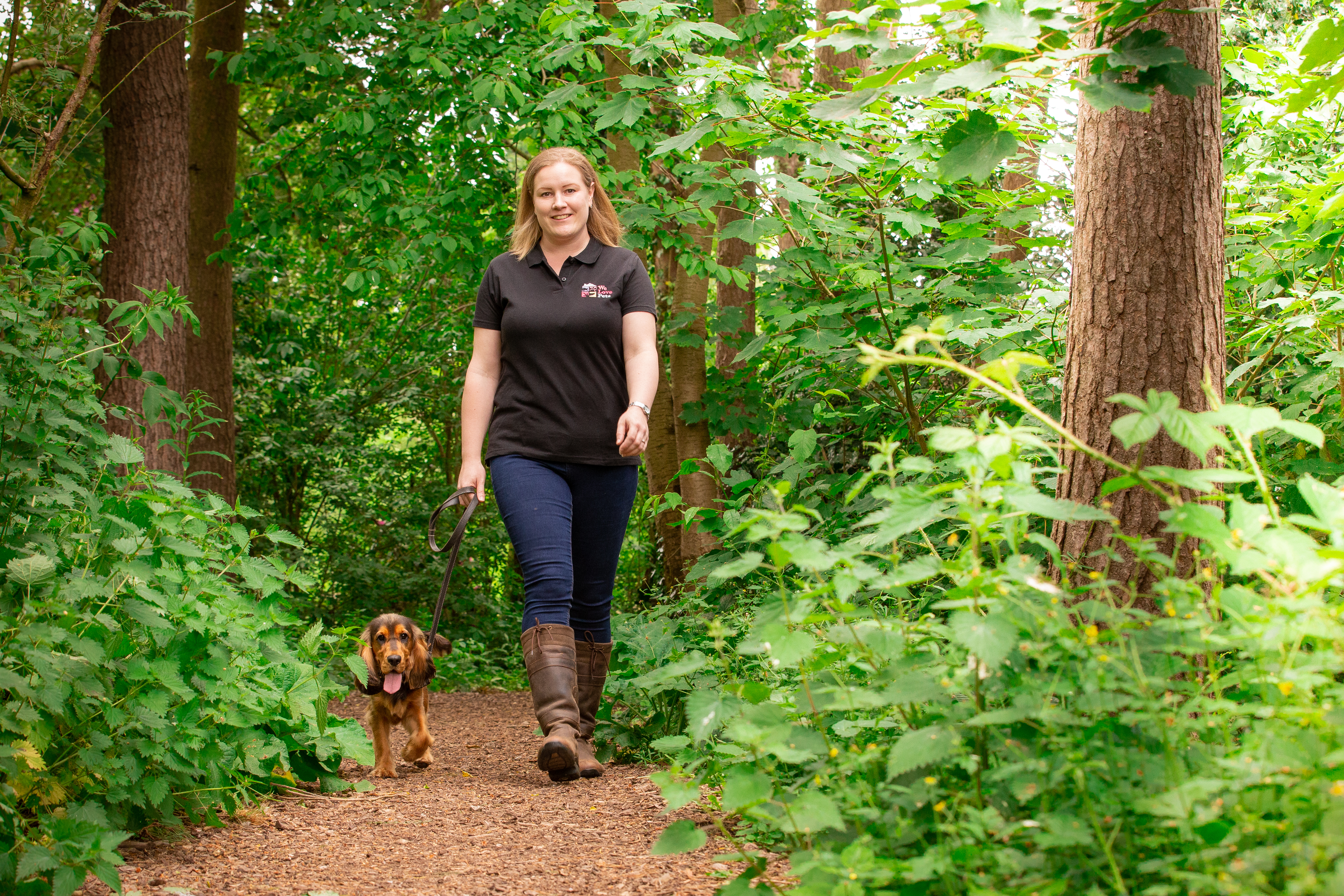 As part of being a responsible pet owner we all try and make sure we respect the wildlife in areas where we walk our dogs, and that we also look out for hazards that might cause injury or disease. With the surge in new dog ownership during the pandemic, many may not be aware of potential threats when out in nature with their walking companion -especially if their dog is off lead and not always in sight.

There are a few animals that may potentially pose safety issues, so we will look at these in turn and highlight why it’s important to be aware of them.

Built up cities and towns are areas where there are most likely to be a significant number of foxes, usually more than we would see in rural areas. Waste bins and people leaving food out for wildlife in urbanised areas often entice foxes to set up home in the suburbs with a reliable food source on tap.

Foxes, in general, prefer not to pick a fight with a dog, small breed dogs or puppies, however, might be more at risk. Foxes also tend to leave cats alone as there is a lot of hissing, spitting and clawing from a cat if they feel threatened. A fox will, however, defend its burrow if a cat or dog were to get too close or be a threat to fox cubs.

Foxes have the potential to spread parasites and disease, such as fleas, mange mites and worms. Sarcoptic mange is probably the most familiar parasite that people associate with foxes. It is a mite that both lives on the skin and burrows into the skin and for this reason it is extremely irritable. Many of us will have seen a fox that is covered in bald patches where it is continually scratching itself. Sarcoptic mange is a zoonotic disease, meaning it can be transmitted from animal to animal, but also from animal to human. Sarcoptic mange is more commonly referred to as Scabies in humans. A dog can pick up mange from rolling in an area where a fox has rolled or slept, and mites have been left on the ground surface coming into contact with the dog. The most common cause though for dogs being infected is coming into contact with another dog that has mange.

Treatment usually involves prescription medication to kill the mite, in addition to topical and medicated shampoos. Treatments typically last 4-6 weeks to break the life cycle of the mite. Many monthly spot-ons for fleas cover a number of parasites these days, including mange, so a dog on a preventative health plan will be at a far less risk.

Small pets like rabbits, guinea pigs, chickens and ducks in outside runs and hutches can be easy prey for a fox if the enclosure is not safe enough. Foxes can be quite determined and persistent hunters and if they spot an 'easy' target once, they will return repeatedly knowing it is there.

Dogs living in rural areas are more at risk of coming into contact with badgers or badger setts, and as many know, badgers can carry tuberculosis. Those near dairy or beef farms may get bovine transmission of TB (Tuberculosis) if it is found within the herd.

The disease is another zoonotic so it can be passed between species. The disease is bacterial and commonly affects the lungs. Most dogs have immunity to TB so if they do get exposed they may not necessarily become ill. As with many diseases though young puppies and older dogs with compromised immune systems may be more at risk if widely exposed to the bacteria.

In general, TB can be very hard to eradicate and the dog will remain infectious while under treatment. This may present risks for the health of all those in contact with the dog, so sadly these dogs are often euthanised. Any other pets or people that lived with the dog would need to be tested.

Although uncommon, figures from 2013 / 2014 show that nine cats contracted bovine TB in the counties of Berkshire and Hampshire which was reported by the Animal Health and Veterinary Laboratories Agency. It is believed these cats contracted TB through either badgers or rats. There are still very few cases of bovine TB in dogs and cats, but it is on the increase in other animals such as alpacas.

The primary route of infection of TB is inhalation. It can also be spread by cattle grazing on contaminated areas containing badger faeces, urine and saliva. Nose to nose contact or bite wounds from badgers if a dog is bitten by a badger down a badger sett could also possibly transfer the disease if the badger is a disease carrier. Small breeds in particular like to investigate sett entrances and tunnels if out off lead. We have all heard of dogs that go missing because they have ventured down a badger sett and become 'stuck'. In fact, the German breed Dachshund actually means badger (Dachs) dog (hund). Their long slender bodies were bred to hunt and go down the tunnels into badger setts.

If your dog is fascinated by badger setts, check out this website for more information:

Although there are more incidents of bird of prey attacks on dogs in America, it is worth knowing that very small breeds like Chihuahuas can look like rabbits out in the open when viewed from the skies!

Predatory birds, like owls and hawks, don't know the difference between a dog, rabbit or rat when viewed from above. British birds of prey include Buzzards, Sparrowhawk, Goshawk, Hen Harrier, Red Kite, Kestrel, Eagle, Merlin, Osprey, Peregrine Falcon, Barn Owl, Long Eared Owl, Tawny Owl, and Short Eared Owl. Now of course not all these birds are big enough to pick up a dog, but they could certainly manage small pet guinea pigs or rabbits out on the lawn, so it’s important to keep a watchful eye.

Adders are the only venomous snakes native to the UK and are most commonly found in woodland edges, moor land, sand dunes, compost and manure piles. They are easily identifiable with the black zigzag marking across the top of their body. As we start to move into the warmer weather of Spring, adders will start to come out of hibernation and it’s beneficial to keep an eye out for them.

Thankfully, adder bites are not a common injury with only about 100 incidents reported each year. Dogs that do get a bit tend to be bitten around the face or front legs as they investigate the snake out of curiosity.

Symptoms of an adder bite appear in about two hours after the incident. Local swelling, bleeding and lameness will be seen. If venom gets into the lymphatic system a widespread inflammatory reaction will lead to other circulatory symptoms as the venom spreads around the body. Response should be rapid and seen as a vet emergency so that the circulatory system can be supported, and an anti-inflammatory medication given. Carrying the dog rather than allowing it to walk will help reduce the amount of time it takes for the venom to reach the lymph and circulatory systems. Anti-venom tends to only be given in severe cases as it can reduce an allergic reaction itself, and not all veterinary surgeries will hold this anti-venom.

A disease often transmitted through rat urine is the bacterial Leptospirosis. It can also be found in the urine of any other infected rodent, pig, cow or dog. The various forms of this bacterial disease are vaccinated against each year in your dog’s annual booster, but a puppy that hasn’t been fully inoculated will have yet to develop any immunity, therefore it’s important to avoid for their safety.

Since the bacteria is found in the urine of infected animals, it can be transmitted through wet ground, puddles, lakes, streams, rivers and water courses where rats may live along the banks. If conditions are right, the bacteria may survive for many months!

Leptospirosis bacteria is dangerous as it damages the liver and kidneys. Dogs that are not kept up to date with their vaccination are more at risk of catching this disease - especially if they like swimming in water, live on farms or kill rodents.

In humans the illness associated Leptospirosis infection is known as Weils disease, which may also seriously affect the liver and kidneys.

Of course, here in the UK we don’t have as many predatory wild animals to be careful of – unlike the USA where they deal with animals such as coyotes, wildcats, larger birds of prey, raccoons, and multiple venomous snake species – thank goodness! 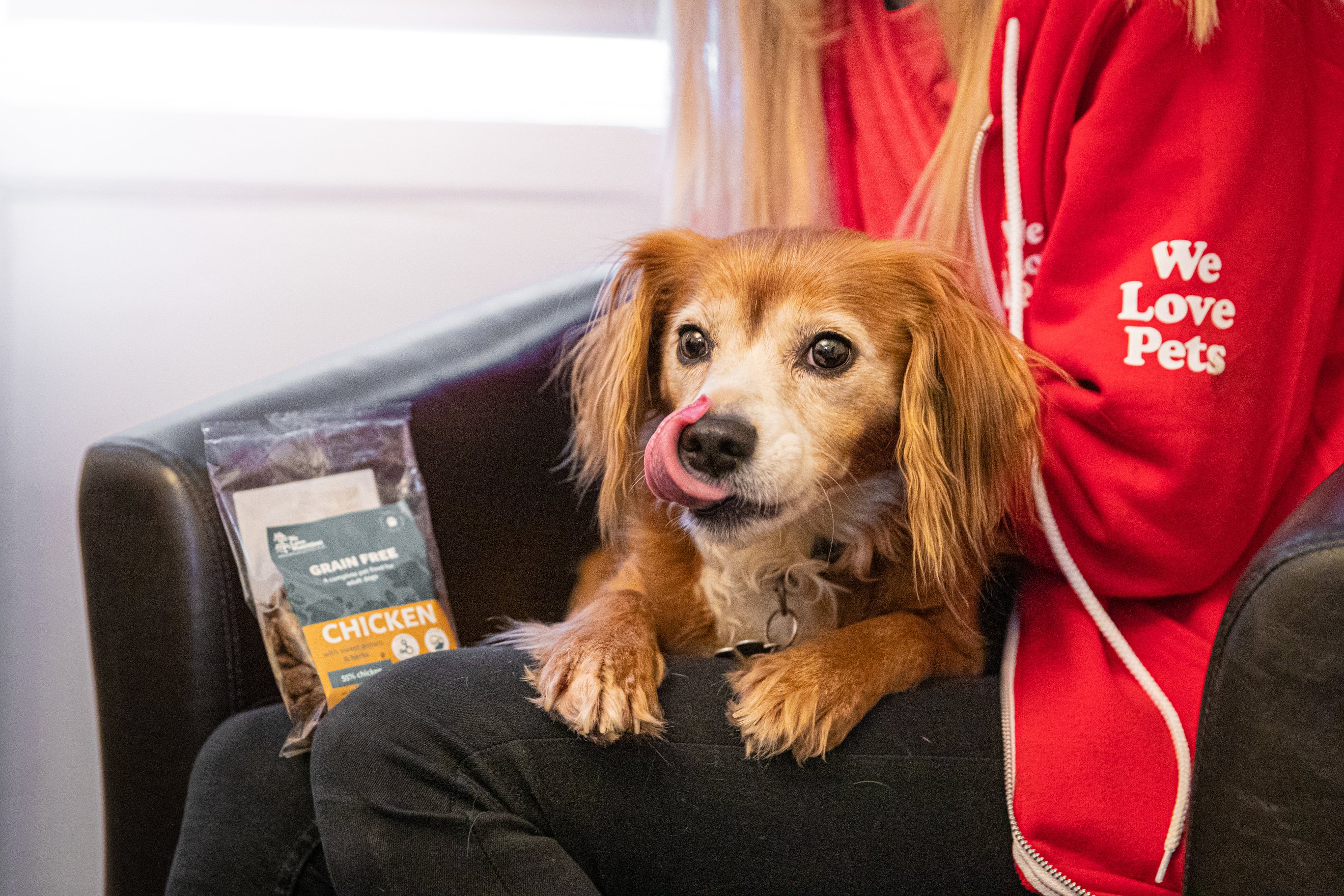 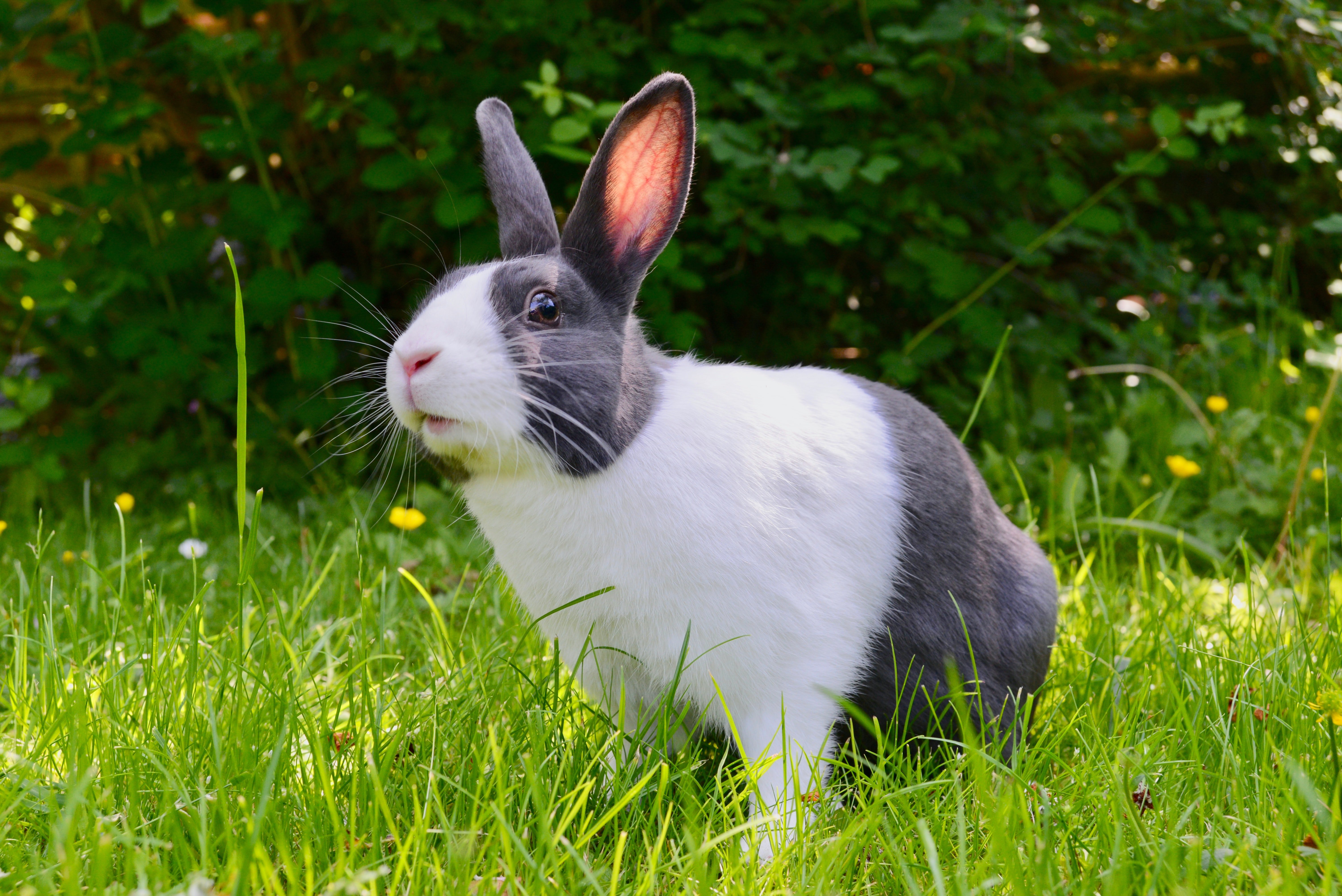 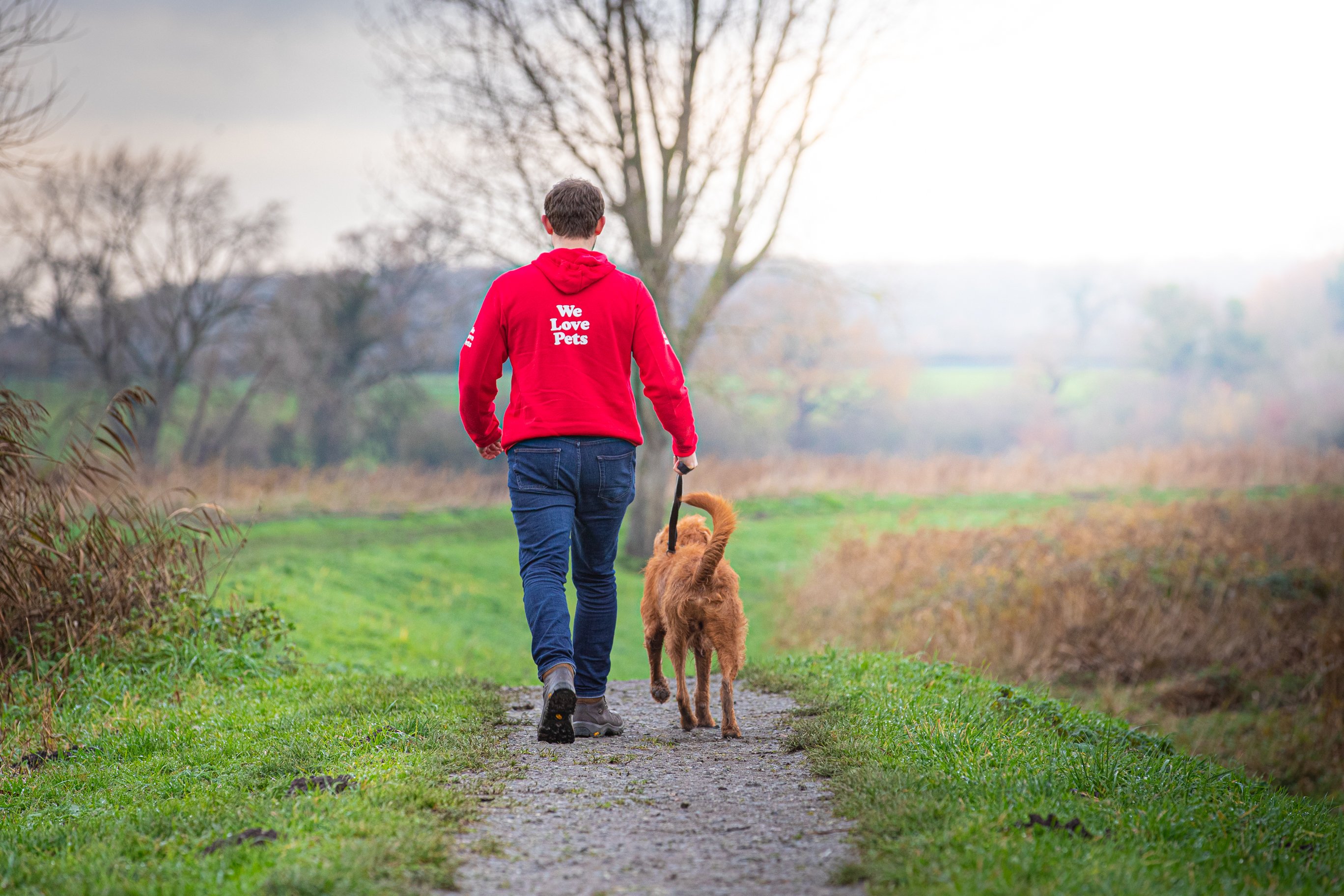 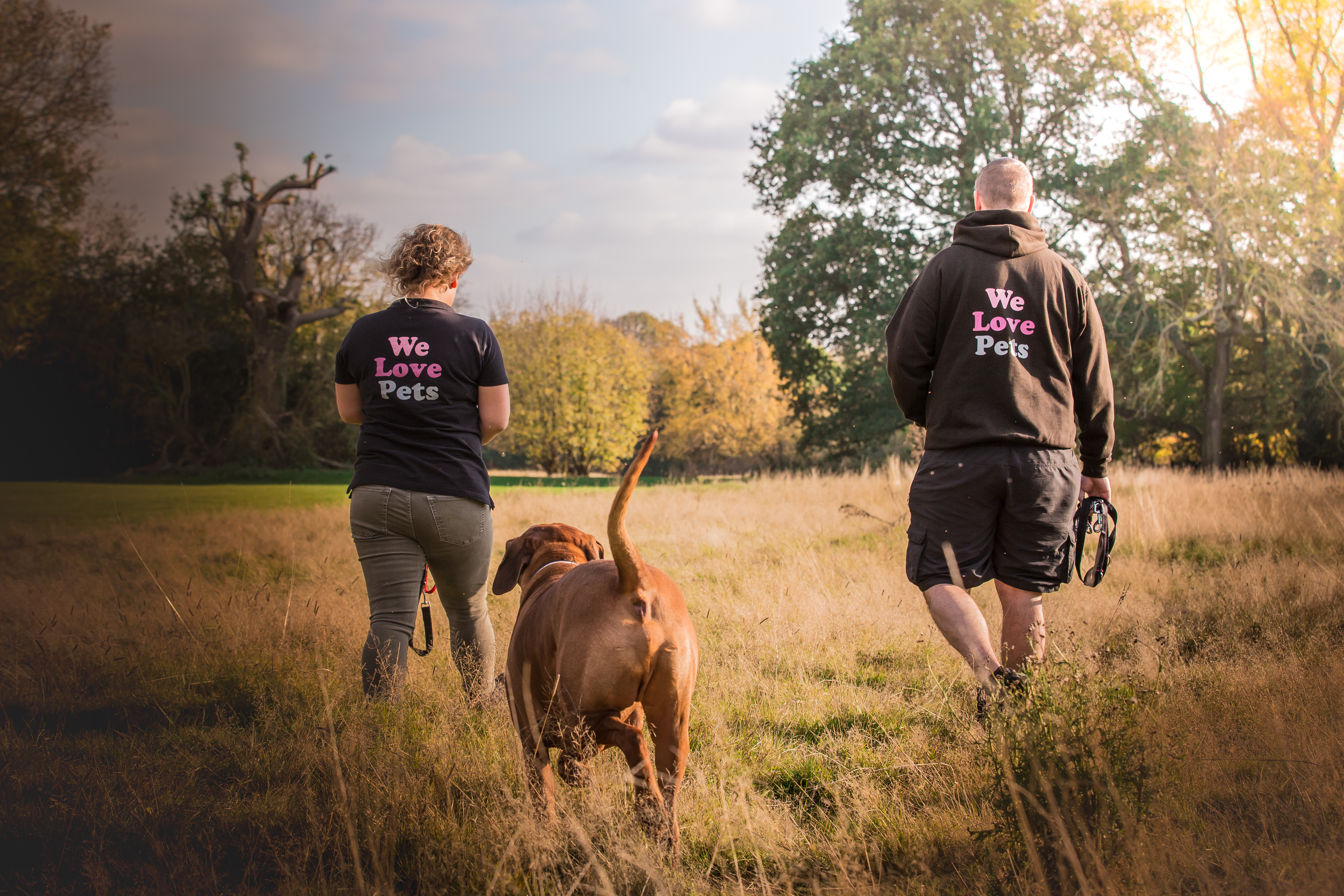