How to protect your dog from theft 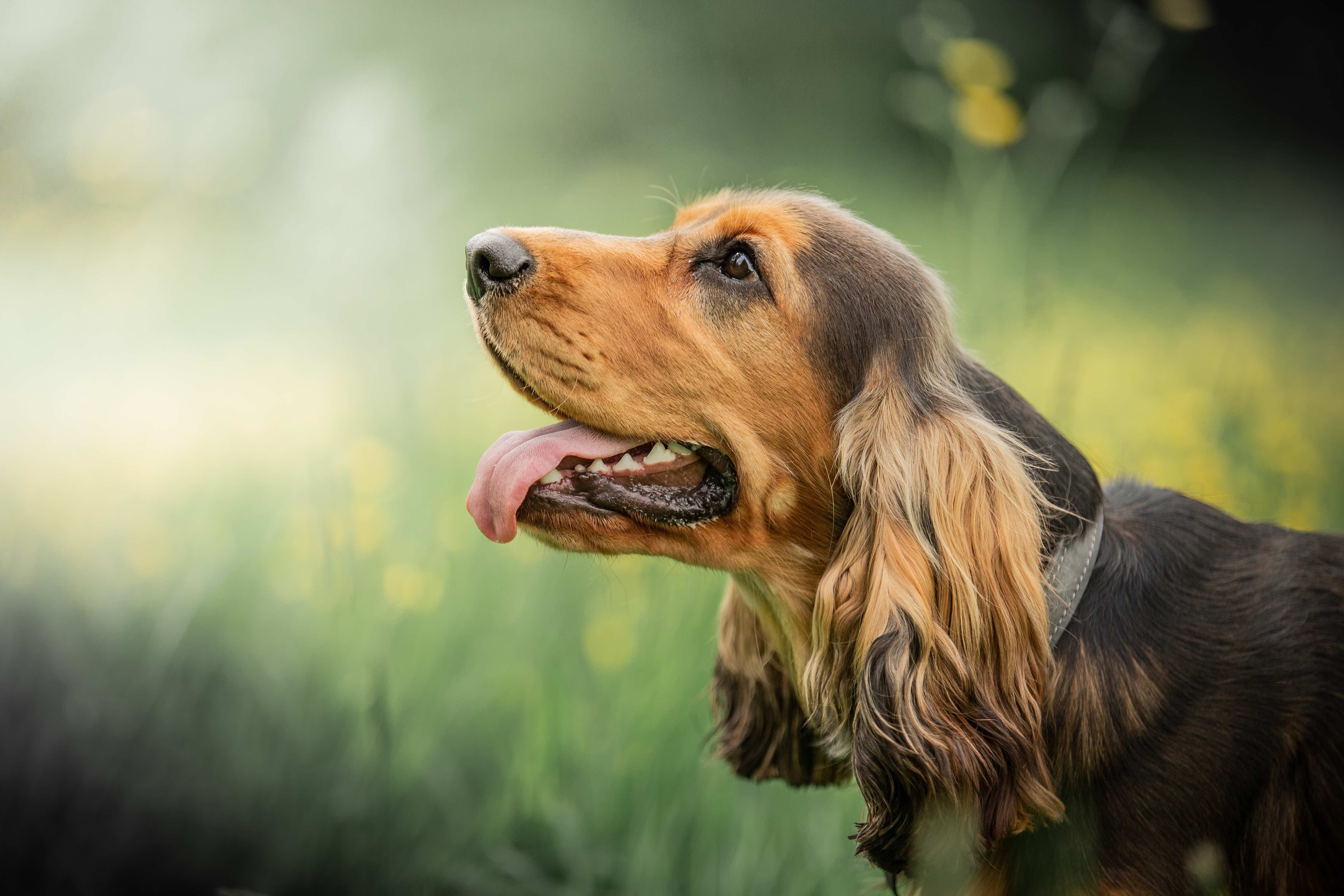 It's the most devastating thing a pet owner could imagine and it's on the rise - dog napping cases are going through the roof and there's sadly very little being done about it. Dog owners need to be more vigilant than ever and take preventative steps to ensure their dogs' safety at home.

Why are dog thefts rising?

Dog thefts have been on an upward trend over the years but it seems that lockdown has prompted even more thefts from organised criminals looking to make easy money from increased demand for dogs and puppies.

As many crime rates have dropped off during lockdown, dog napping on the other hand has seen a notable spike. It is thought that the enforced time spent at home during lockdown has presented an opportunity for many families and young professionals to spend more time with a new puppy or dog when they wouldn't have done normally.

Following the announcement of lockdown on 23rd March, Google searches for 'buy a puppy' increased by 120%, and 'adopt a puppy' saw a rise of 133%.

Criminals looking to take advantage of this demand are stealing puppies from breeders long before they are ready to be separated from their mum and selling them on for double or more the usual price. Fourteen dogs were taken in a single night from a breeder in Norfolk leaving them devastated and terrified for the fate of the puppies.

The ease at which puppies can be advertised for sale online combined with a lack of knowledge from some new puppy owners on the responsible process for buying a puppy has created a perfect storm for the criminals to cash in.

It's not just puppies either. Dogs are being stolen from back gardens, even while their owners are at home. In East Anglia particularly, dog owners have raised concerns about white chalk markings appearing on brickwork, gates and fences at their homes to mark them out as targets for dog napping.

Sergeant Brian Calver from Suffolk Police said: "Organised crime groups are actively targeting addresses, with working breeds tending to be those that are favoured by criminals."

Many campaigners argue that dog nappers are getting away with it. For the dog nappers, it's a low risk and high reward crime - they stand to make thousands out of a single puppy and if caught, they can get away with just a fine for £250 and court costs.

There just isn't enough of a deterrent to stop them. If convicted, under the current Theft Act 1968, the maximum penalty for theft of a dog is seven years. But more often than not, fines and community service are issued instead. According to Direct Line, less than 5% of dog napping cases lead to a conviction.

The problem lies in how dog theft is categorised under the act. Campaigners say those who steal animals can currently be punished in the same way as someone who steals a mobile phone as pets are classed as "property" under the act.

Despite recent attempts to lobby the Government to get tougher sentencing and a reclassification of dog theft, there will be no change to legislation. Sentencing guidance must take into account the emotional distress suffered by dog owners but ultimately, there is no separation in law between a stolen pet and a stolen laptop.

Which dogs are at risk?

Direct Line's research shows that in 2018, the most stolen breeds were:

This doesn't necessarily mean that every breed on this list is at risk, but if your dog is one of the most in demand, it would be wise to be extra cautious.

How many dogs are being stolen?

According to data from Direct Line, the number of dogs stolen increased from 1,879 in 2017 to 1,959 in 2018 - the equivalent of five every day. That doesn't count the latest spate of thefts throughout lockdown.

According to the charity Dog Lost, reports of stolen dogs were 65% higher during lockdown compared with last year.

Numbers have been steadily increasing with the charity reporting a jump in reports from 61 in 2016 to 217 the following year following mandatory microchipping.

The increase year on year can in part be explained by better reporting by police forces but it's hard to say what the true numbers may be as many victims do not report their dog stolen.

Know where your puppy has come from

One of the reasons dogs are being stolen is for breeding in puppy farms across Europe. Puppies are bred in disgusting conditions without access to water, leaving pups open to disease, distress and long terms health problems. Puppies are taken from their mums far too early and being claimed as vaccinated when they are not. Families are unknowingly being sold a sick and traumatised animal who is most often returned to a rescue shelter or charity.

How to spot a puppy farm dealer:

Look for the same phone number across multiple online adverts. If the number crops up a few times across several ads running at the same time on Google, then steer clear.

Price alone is not an indicator and during lockdown it is hard to say what an average price for a puppy should be. But if the price seems far too low or too high then be suspicious.

The content and photos for the puppy advert will have been copied and used over and over, it isn't written specifically for each litter. Google the advert's descriptions and photos to see if you get more than one hit.

ALWAYS ask to see where the puppy has been bred and raised. Their mum should be there. DO NOT agree to meet in a car park, lay-by or any other unusual place.

Always ask for original documents that prove Kennel Club registration and check with the kennel club before buying.

Be wary if the seller asks which puppy you have come to see. It might mean they have different breeds available which suggests a farm rather than a legitimate breeder.

If the sellers applies pressure be wary. Promises of free insurance or puppy packs don't mean legitimacy either.

If the sex of the dog you visit is different to the dog you enquired about, be prepared to walk away.

You can find out more about the right way to buy a puppy from The Puppy Contract.

In your garden, low fences near a road make your dog vulnerable. Don't assume your garden is safe. The Pet Census claims that up to 52% of dogs are taken from gardens. Consider 6 foot high fences and a lock on a gate. Make sure all fences are secure and any holes plugged.

A dog left in a car is not only at risk of being stolen, but may also suffer heatstroke and possibly death. Never leave an animal unattended in a car.

Think about hiring a dog walker or dog visitor. Our dog walkers and pet sitters always use unmarked vans and will notice if something doesn't look right. If your dog is left alone for a lot of the day, having a walker or sitter there may deter potential thieves.

Avoid leaving your dog tied up in front of shops. Leaving an animal alone in a public place will increase the chance of it being taken.

Only let your dog off in a park if they have good recall or is in sight. In a busy park it’s so easy to lose sight of your dog, and it only takes a moment for them to be snatched.

If a stranger is asking you lots of questions about your dog, even if they seem friendly, be cautious and don't give anything away. Walk in the other direction so they can't follow you home.

Mixing up your walking patterns will help to deter any loitering criminals who are trying to establish a good time to strike. They may be waiting for the dog to be home alone or to intercept a routine walk.

Increase your security measures at home including getting good quality locks and lighting. Consider CCTV if you are really concerned, or a sticker placed on your front door that states you have CCTV with a dummy camera in view.

Always ensure your dog is chipped and, if neutered, mark your dog’s tag as this will make them less attractive to thieves who want to steal them for breeding.

Be careful what you post on social media. If you're uploading pictures of your dog to Facebook or Instagram, make sure you're not giving away any personal details online too such as your address.

"We would encourage you to be vigilant of suspicious persons seen around addresses, or any cold callers. Please report such activity, with descriptions of the individuals and their vehicles, as well as sharing those concerns on local watch groups."

Anybody with any information regarding the theft of dogs or other pets should get in touch with their local Police straight away.

There are a number of emerging technologies that can help with theft prevention. GPS pet trackers can let an owner know where their pet is in real time. They are expensive but could provide vital information of your dog's whereabouts should they be stolen. Unfortunately the design of mainstream trackers isn't yet easy disguised as a regular dog tag and so they can be easily removed if thieves know what to look for.

A home security system with outdoor cameras allows you to be able to monitor what's happening in your home and garden in real time. You can sometimes do this remotely via your mobile too. Be sure to invest in a system that is pet-friendly and won't be set off by your dog!

What to do if your dog is stolen

If you would like to help reunite dogs with their owners, you can see dogs that have gone missing in your area on the Dog Lost website.

My little rescue dog Django lives with me and my family in Suffolk where he has the big open countryside to explore. It is my dream to one day own a coop of chickens and have my little girl collect their eggs just as I did when I was small. I have always loved animals and have had a variety of pets from fish and hamsters to cats, dogs and chickens over the years. I am the Content Manager at We Love Pets and my favourite thing to write about is how to be a better pet owner with handy tips and education from the animal world.

Does my dog need toys? 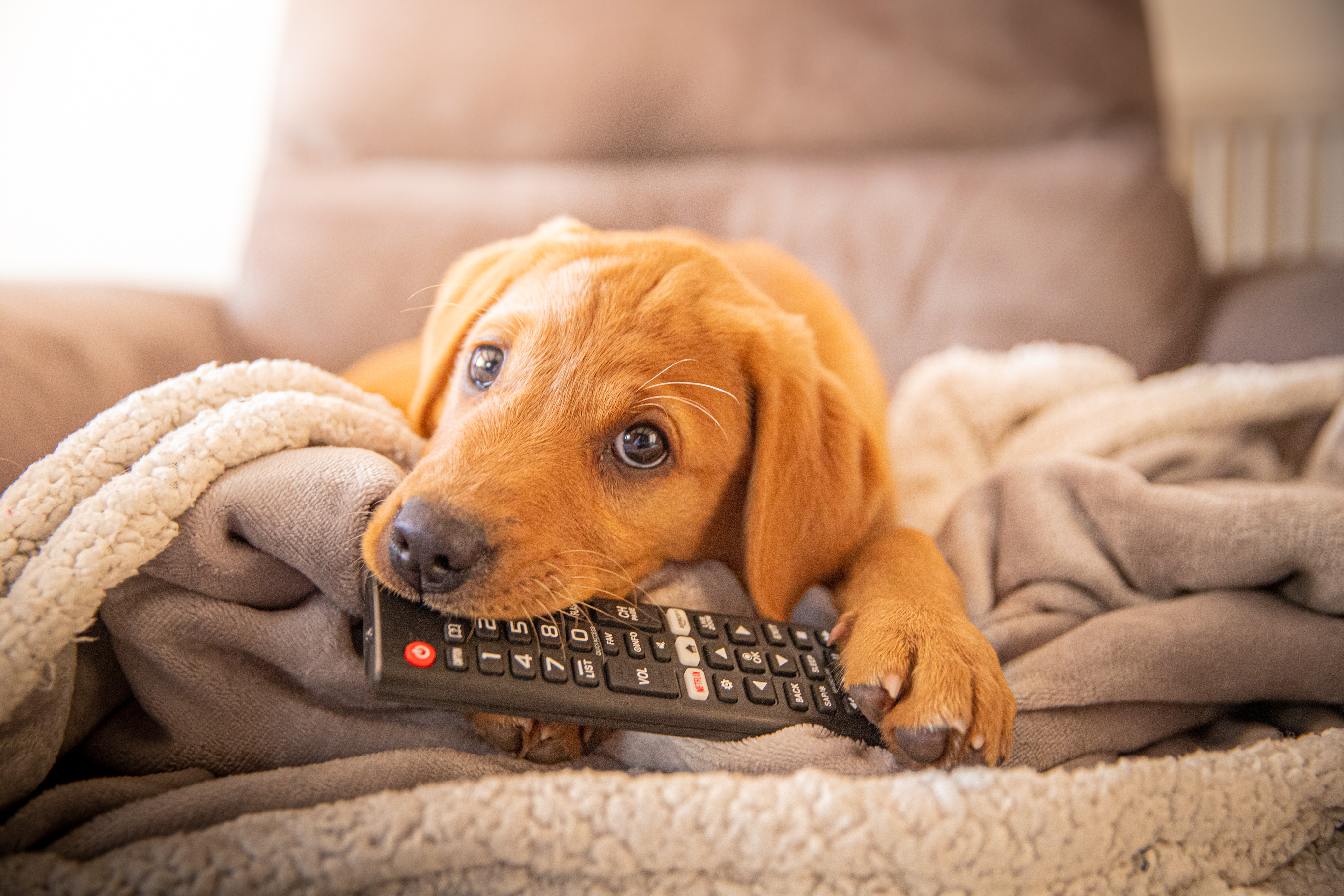 Fun games for dogs in the garden 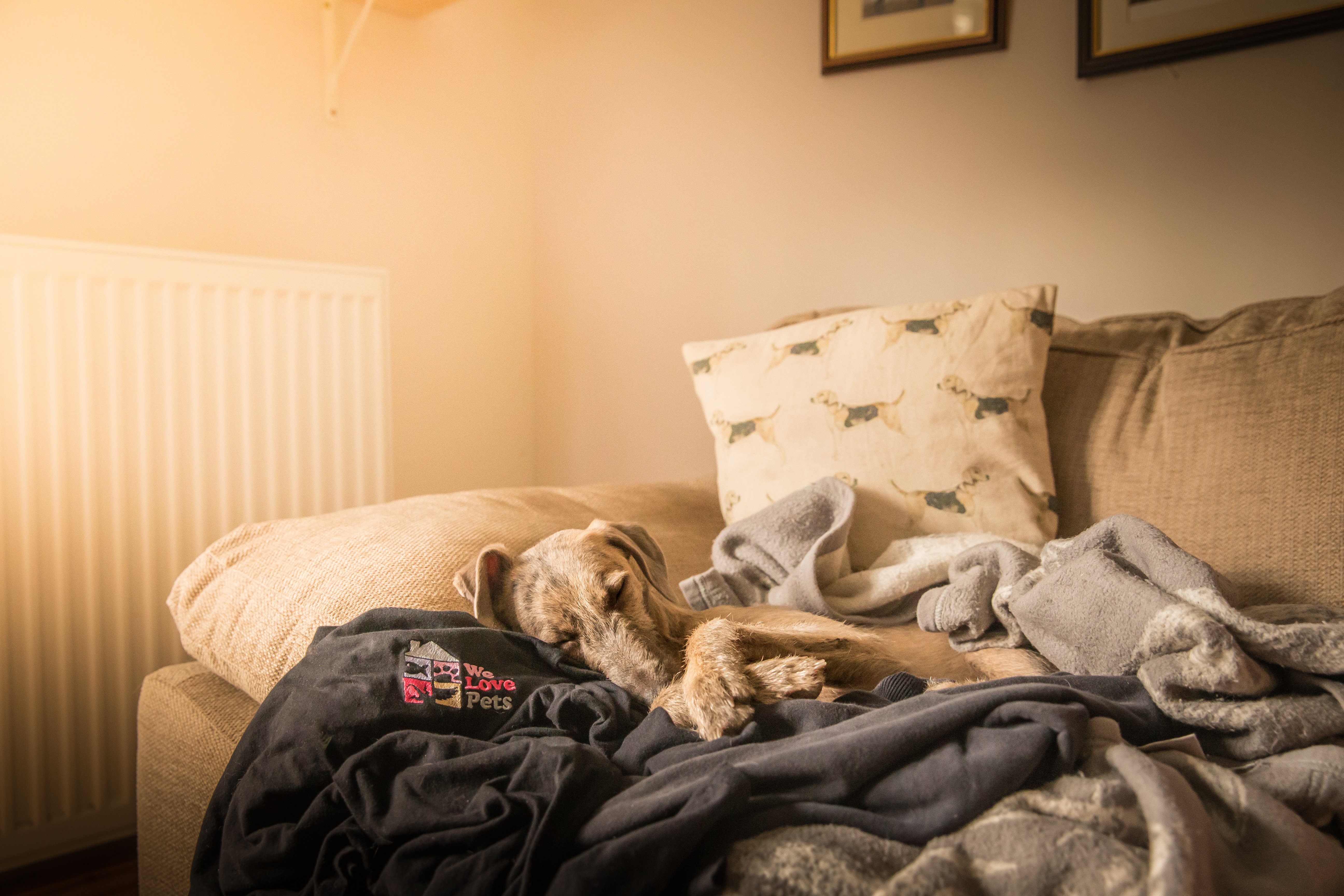 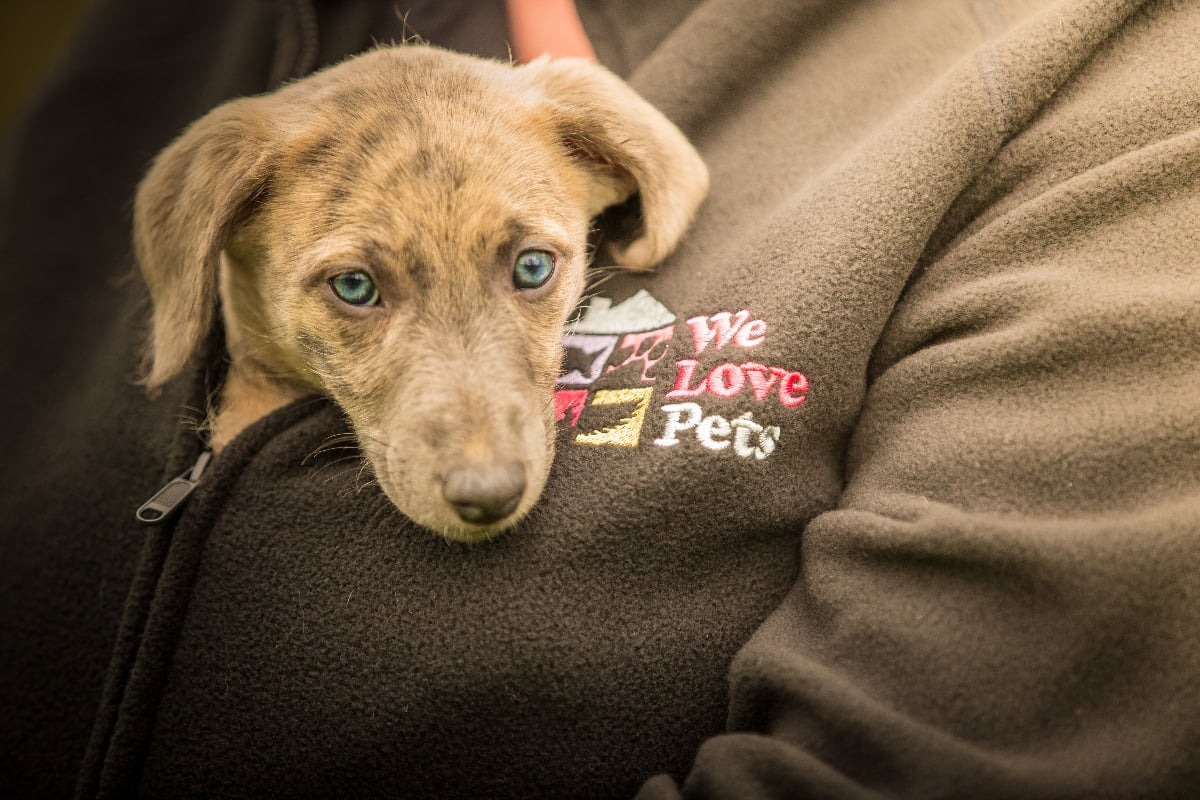