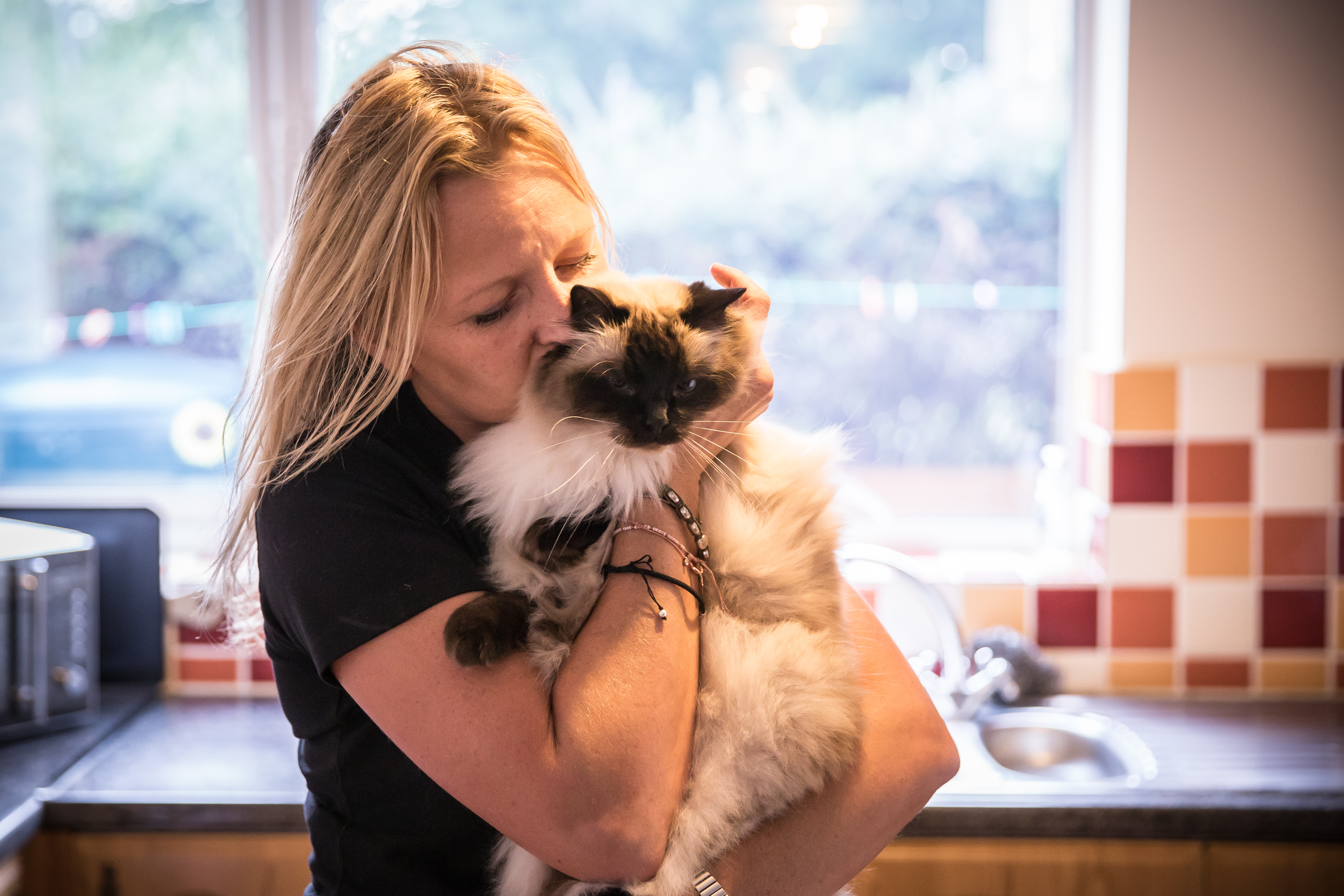 When it comes to cats, few points are so heavily debated as indoor vs outdoor. Naturally, owners of each tend to vouch for their own cat’s superiority. In an attempt to shed a balanced light on the subject, we’ve interviewed two people who have had both!

First, we interviewed Jo, who lives in the South East:

So, you grew up with outdoor cats, tell me about them.

“My mum got them as kittens when I was in primary school. They were two boys, half British shorthair and black. Their names were Bill and Ben, and they were brothers. Bill was always a bit special; he didn't have any fear and was unpredictable, but he was cute in his own way and very funny. Ben was bigger and probably a little bit more cuddly especially as he got older.”

How do you feel them being outdoor cats affected how you interacted with them?

“Ben was my favourite to interact with, as he was less likely to bite than his brother. But he spent a lot of time outside, so there were long periods where we wouldn't see him. Bill went missing for two weeks once, it turns out that one of the neighbours up the road had been feeding him. But I'd been really worried about him during that time.”

What would you say are the pros and cons of having an outdoor cat?

And now you’re an adult and adopted an indoor cat about a year ago. Tell me about her.

“Her name is Indy and she's a British Blue. She was about 6 when we got her from a rescue centre. She has such a wonderful temperament. She's playful when we want to play and is also very happy to chill out on our laps or nearby. She's our first pet as a couple, and my husband wasn't particularly into cats, but now he's a self-confessed cat dad. We worried it would take her a while to adjust to us and show affection, as she'd been with her previous family for so long, but within 20 minutes she was sitting on my husband's lap and quite content. Her favourite thing is a furry blanket, if you put it across your lap, it’s not a question of if, but when, she will sit on you!”

What difference do you feel her being an indoor cat makes to how you interact with her?

“It feels like she wants to be with us. If we go into another room, it'll only be a couple of minutes before she follows us, meowing, as if telling us off for leaving her alone. She'll even sit outside the bathroom door until we come out. If we're in different rooms, she finds a central point so she can keep an eye on us both. Most of the time that we're sitting down, she'll be sat on one of us, especially in the evening, and even more so with a blanket. She's very vocal as well, it feels like she's not necessarily meowing for something, just a reaction from us or a request for interaction. It's endearing rather than annoying.”

Again, what would you say are the pros and cons of having an indoor cat?

As all cats have different temperaments and you had them at different stages in your life, how can you be sure the difference in your relationship with them was due to them being outdoor or indoor cats?

“I feel closer to Indy in one year of ownership than 18 years with Ben. More time together, especially being at home more in lockdown, just means you feel closer. I think indoor cats are more responsive to their owners because they rely on them for everything, including stimulation. Their owner's behaviour is the thing that changes the most each day, so that's the most interesting thing for them.”

You’ve told me before that you prefer having an indoor cat for your lifestyle and personality, in your opinion what type of pet-owner is an outdoor cat best suited for?

“An outdoor cat probably suits someone that isn't in most of the day. And probably in areas that aren't too densely populated with other outdoor cats as they can get stressed smelling lots of other cats all the time and can get into more fights. It's also a good idea not to live on a main road and to have an enclosed garden if you want an outdoor cat. The rescue centre said we wouldn't be able to have an outdoor cat even if we'd wanted one as we live in a flat, don't have a garden, and we're close to the road.”

In conclusion, what advice would you give to people debating adopting an outdoor or indoor cat?

“An indoor cat is ideal for people living in flats. If you have a balcony and can enclose it for safety, even better. If you spend a reasonable amount of time at home, you'll really benefit from having the companionship of an indoor cat. Consider what would be best for the cat, is it more important for them to be safe or to have freedom to roam? An indoor cat is probably the cheaper option as well, as you shouldn’t get nearly as many unexpected vet bills” 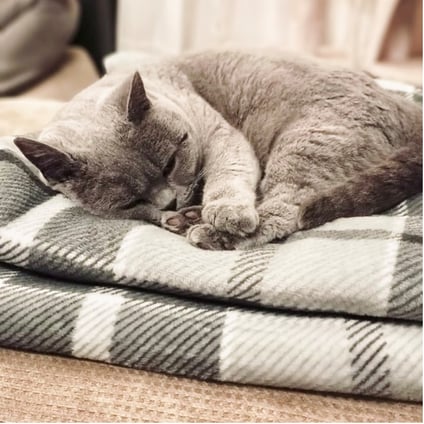 From her comments, it is very clear that Jo is pro-indoor from her experiences in owning both. But everyone is different! Our next interviewee, Kate, lives in the same town as Jo, but unlike Jo, Kate has indoor and outdoor cats at the same time, right now! Her comments differ quite drastically. Read on for her thoughts.

You have indoor and outdoor cats, tell me about them.

“We have three cats, Olive, Mable and Geppetto. Olive and Mable are sisters and are two years old and Geppetto is our little ragdoll who is one. Olive is very independent and, out of the three cats, she's the one that’s the most likely to hunt. She’s really affectionate when she's in the right mood and she’s the most loving to the other cats, always grooming them all.

Then we have Mable who is extremely concerned about everything 24/7. She’s so sweet but not a mega-cuddly cat; she likes her own space and only very occasionally does she let us have a stroking session with her. She's got the cutest little worried face though, we've nicknamed her 'the concern.'

Lastly, we have Geppetto who is just a big fluffy blob of jelly. It's true what they say about ragdolls, they really are floppy cats. When you pick him up he just turns to goop. He is unbelievably affectionate and really needy. He follows me everywhere, which I love! He's just adorable!”

Do you feel that you interact with your outdoor and indoor cats differently?

“I think you do interact differently with indoor and outdoor cats. Olive and Mable are outdoor cats, so they get to explore and have more stimulation throughout the day by being outside. Whereas Gepetto is an indoor cat, because he's too docile and wouldn't cope well with that much independence, so we feel we need to make more effort to play with him and stimulate him throughout the day. I even put on cat videos for him sometimes, and he sits and watches the birds and squirrels.”

What are the pros and cons of outdoor cats?

“I'd say the biggest pro of outdoor cats is 100% the toilet situation. The fact that you don't need to worry about a litter tray for them is great. Unfortunately, because we have both indoor and outdoor cats, we still need a litter tray, so we don't benefit from this pro, but in the past we have had outdoor cats with a cat-flap and it was great! No poop! Another pro is the fact they get to explore and enjoy the outdoors. It's so nice seeing them bask in the sun outside or chase a leaf in the wind. It keeps them busy and happy.

A con of outdoor cats is definitely the anxiety that they could get lost, hit by a car, stolen or attacked by another animal. That's a real worry for us! Fortunately, we only let Olive and Mable out in the back garden which backs on to a quiet alley. They don't seem to venture too far either, so that's good! In the past though, we’ve had cats that have gotten into all sorts of trouble while being out, mainly territory fights with the other neighbourhood cats, and we've had some hefty vet bills to pay as a result!”

What are the pros and cons of indoor cats?

“Pros of an indoor cat are obviously that we don't have that same worry with Gepetto. We always know he's safe, and that's a really nice feeling. I think indoor cats are more inclined to be needy too, because you’re their world, so it's quite nice to have that extra love, versus outdoor cats that are like, ‘thanks for the food…see ya!’

The cons of an indoor cat are definitely, as mentioned before, the cat litter. I HATE having it in the house and am constantly paranoid that it's smelly, even when it's completely clean! Another con is I do often worry that Gepetto gets bored. I feel sorry for him that he can't go an explore like the other two, but unfortunately he just can't be trusted. We do let him outside in the back garden though, under close supervision, so he gets regular fresh air and exercise!”

What advice would you give to people debating adopting an outdoor or indoor cat?

“To anyone debating getting an indoor or outdoor cat, I personally would advise them to get an outdoor cat. Unless you are going for a specific cat breed, such as a ragdoll that are not well equipped for outdoor life and are happy living indoors, I think regular cats are happiest when given the option to go outside where they can explore, follow their natural instincts to hunt, and just generally be a curious cat! You also don't have to worry about the poo, massive plus!

While you will have the worries that come along with your cat being out on its own, the risk of them getting lost and injured etc, I think I would rather my cat be able to live its best cat life than coop it up indoors just to save the worry (providing your cat is capable of being independent). With all that being said though, as long as your cat is loved, fed, stroked and played with, they will be happy as Larry!”

As you may have expected, it seems there’s no definitive answer in this debate. Each cat owner has their own preference, and what’s best is different in every situation. The only thing we know for sure is the main point that Jo and Kate agreed on: if a cat is well cared for and gets lots of love, they will be happy! 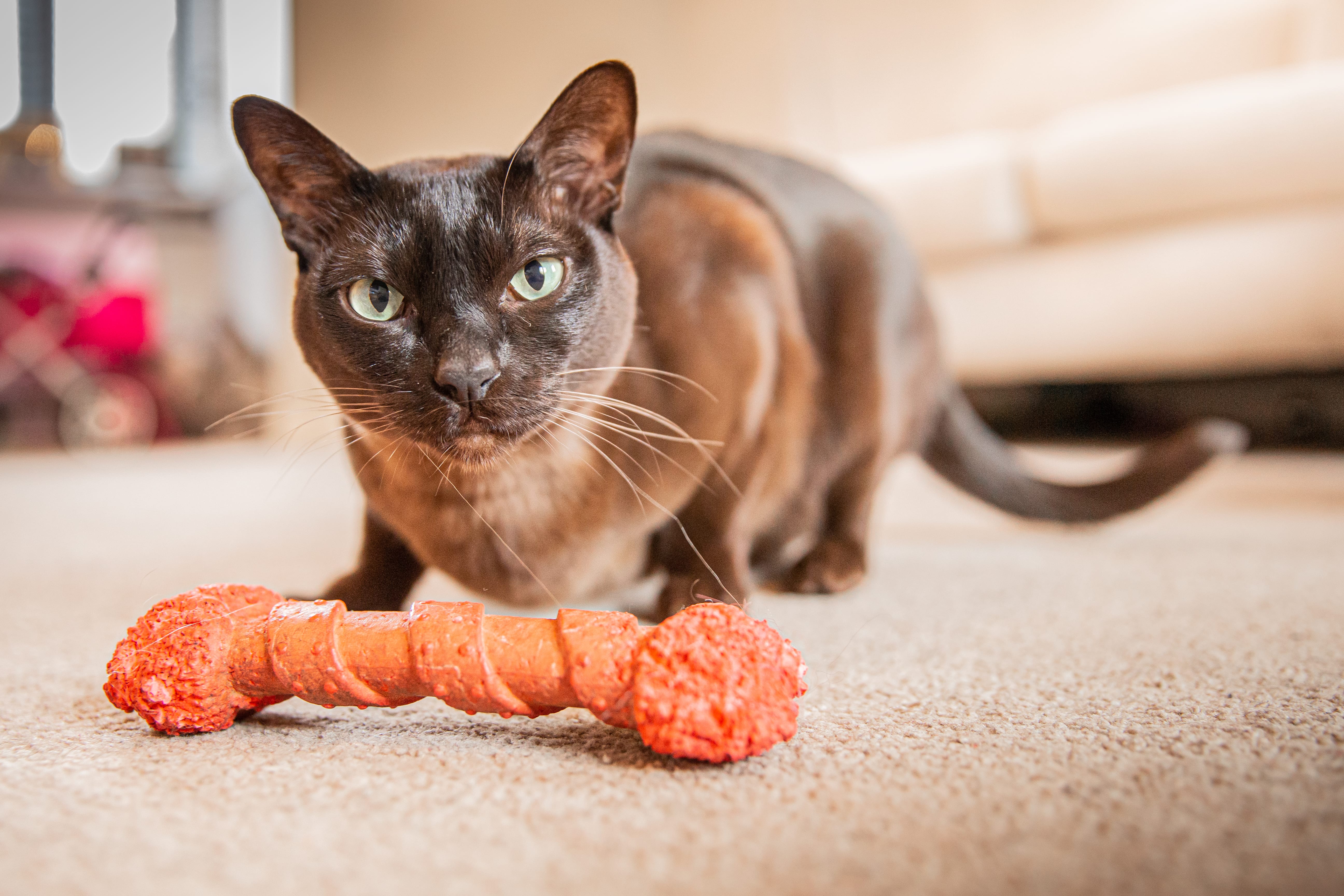 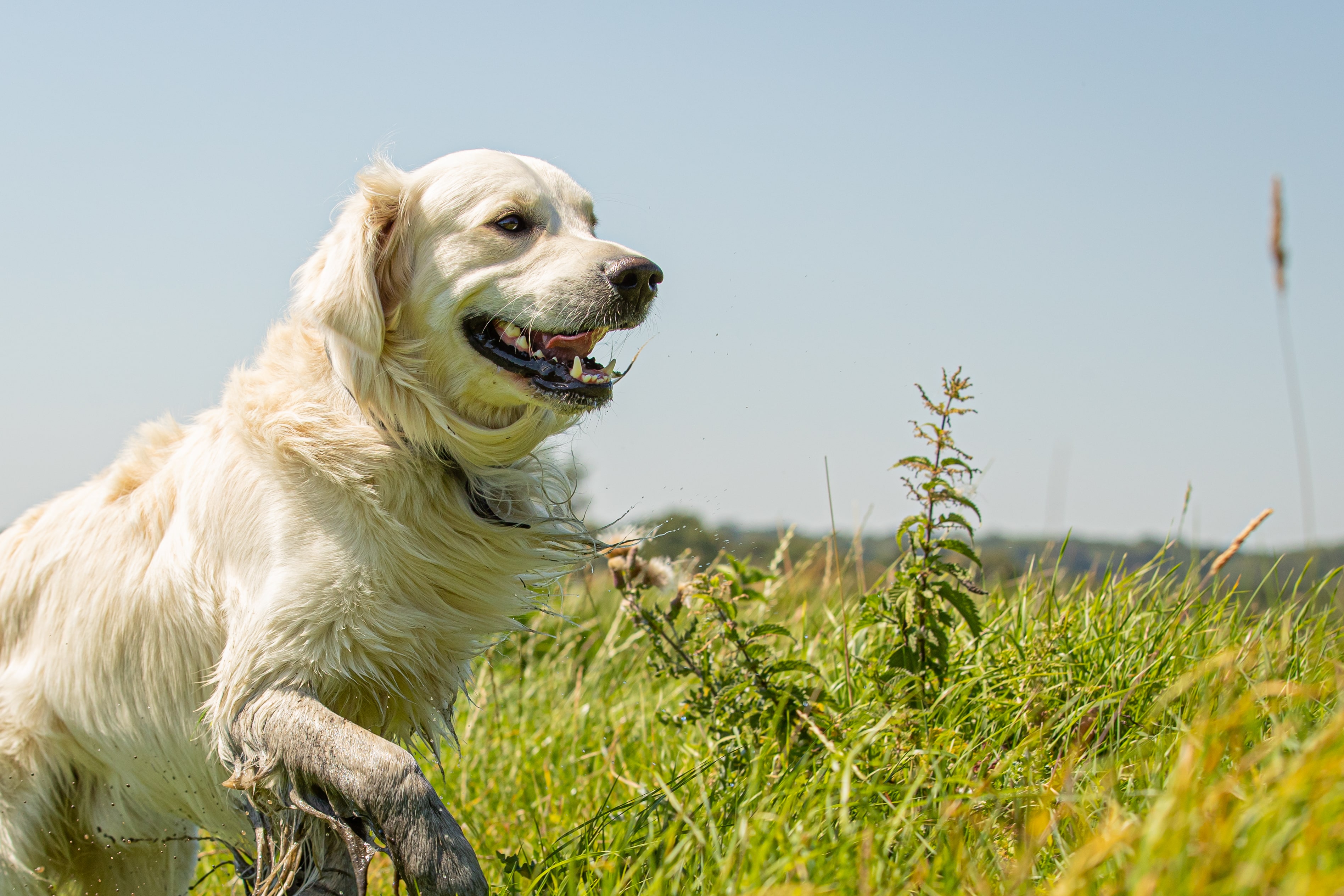 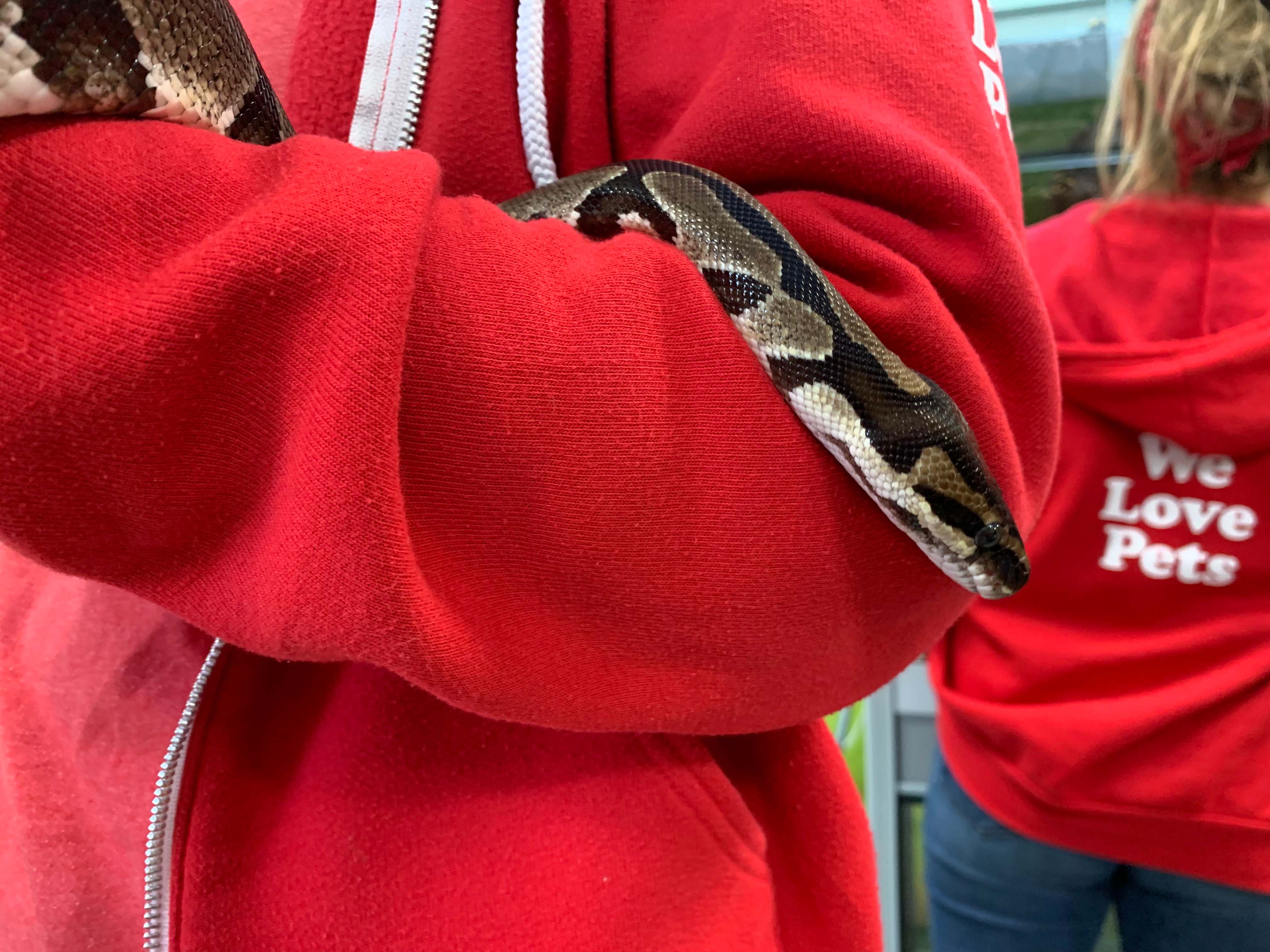 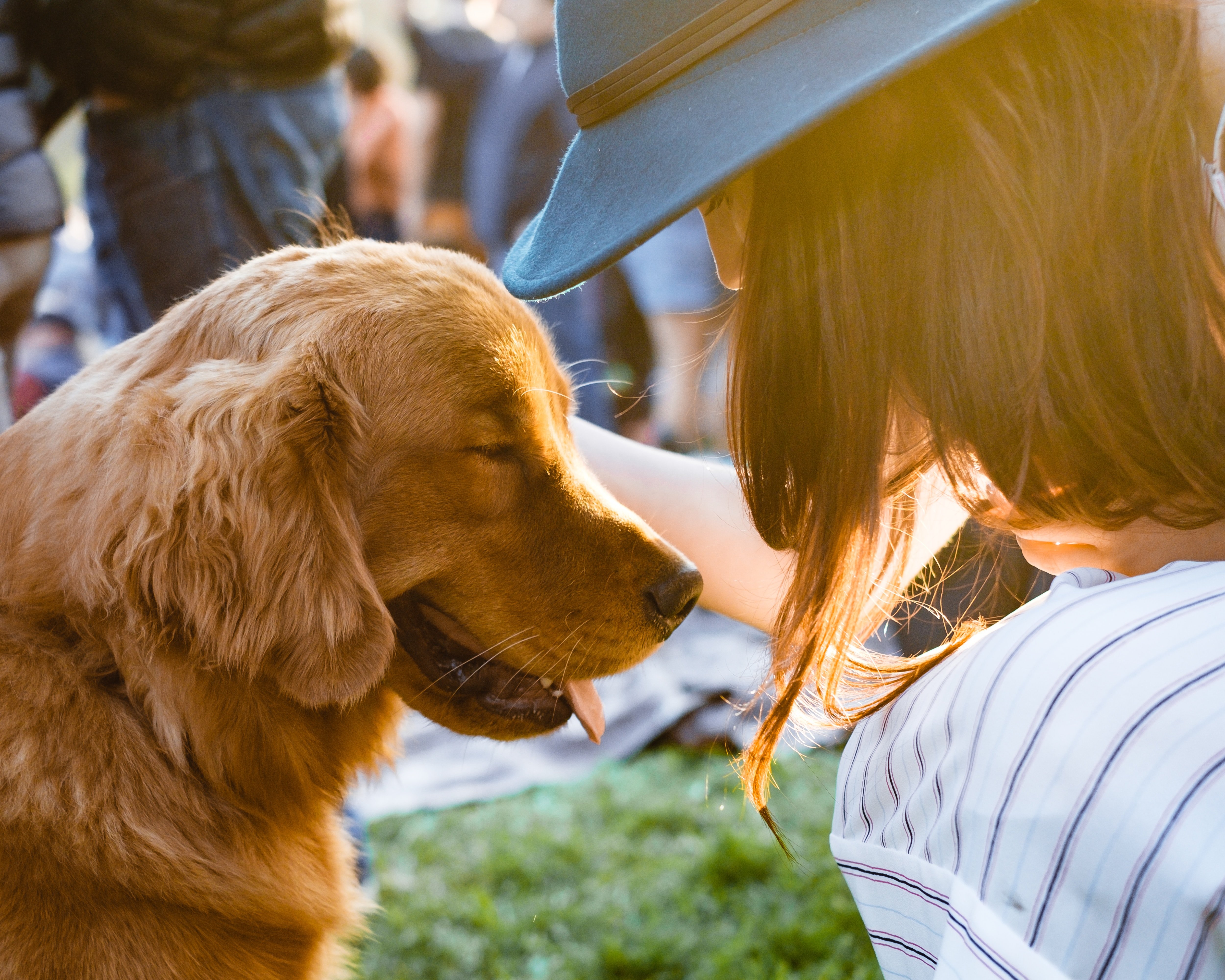 Legal Stuff - What you need to know as a dog owner 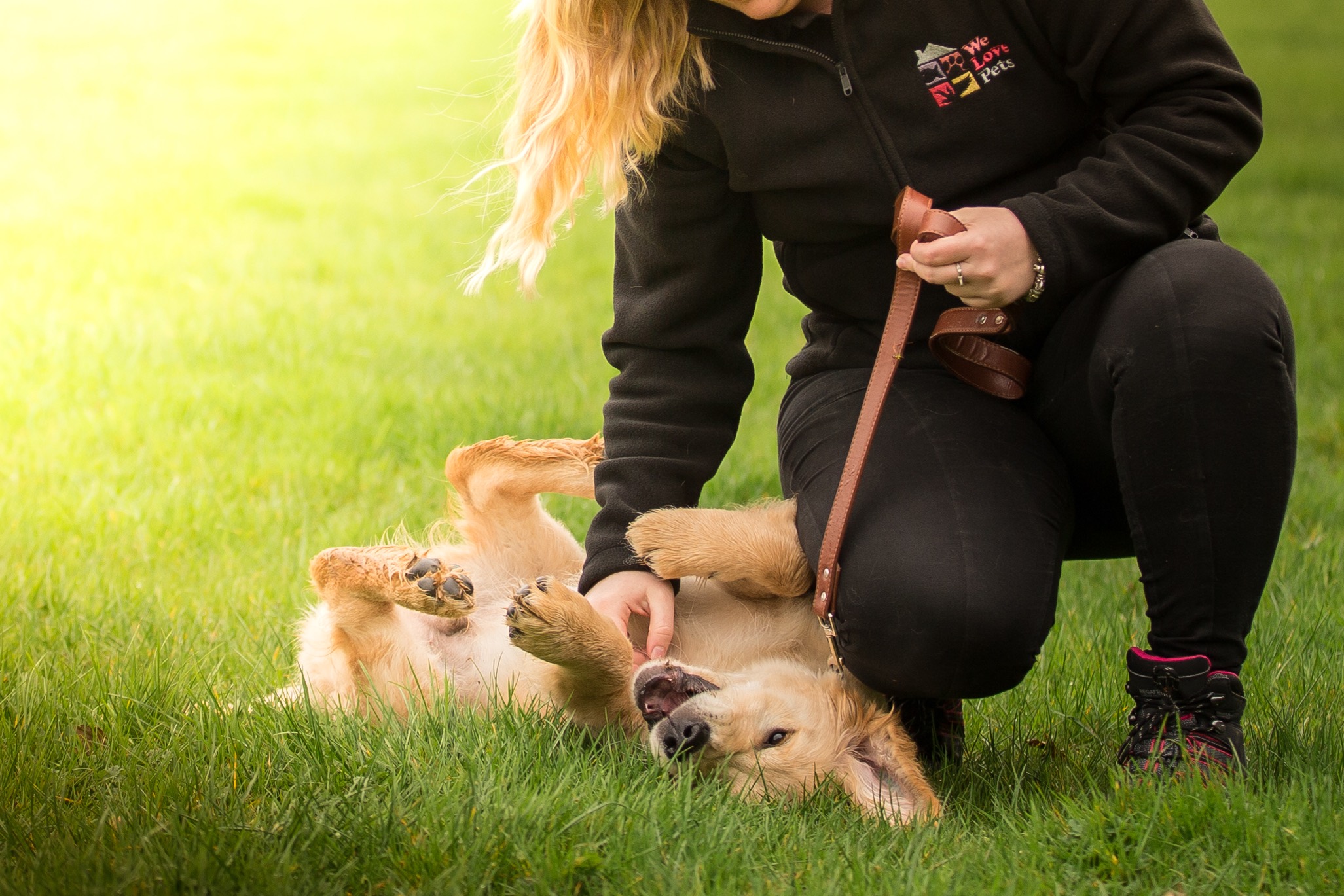 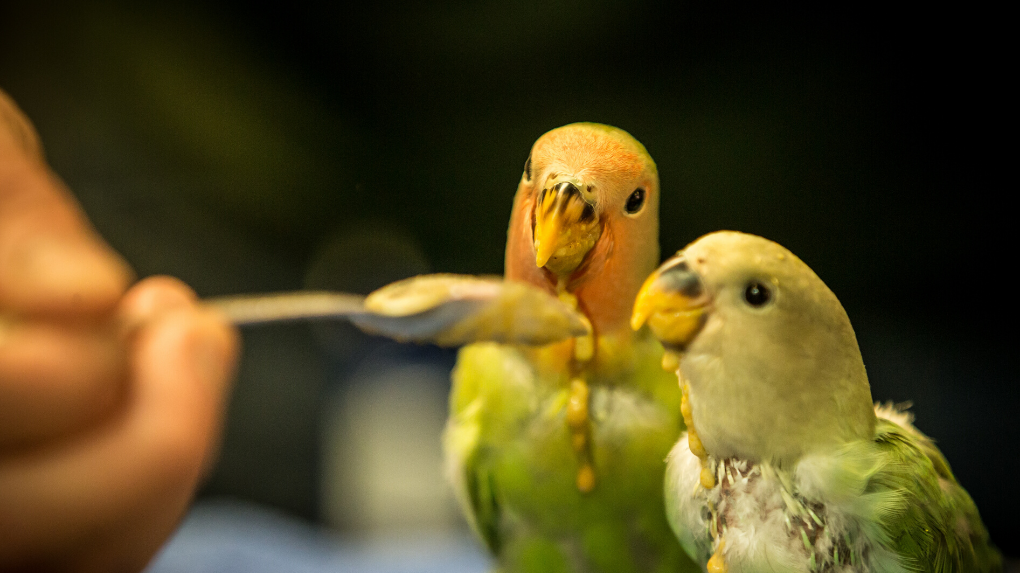