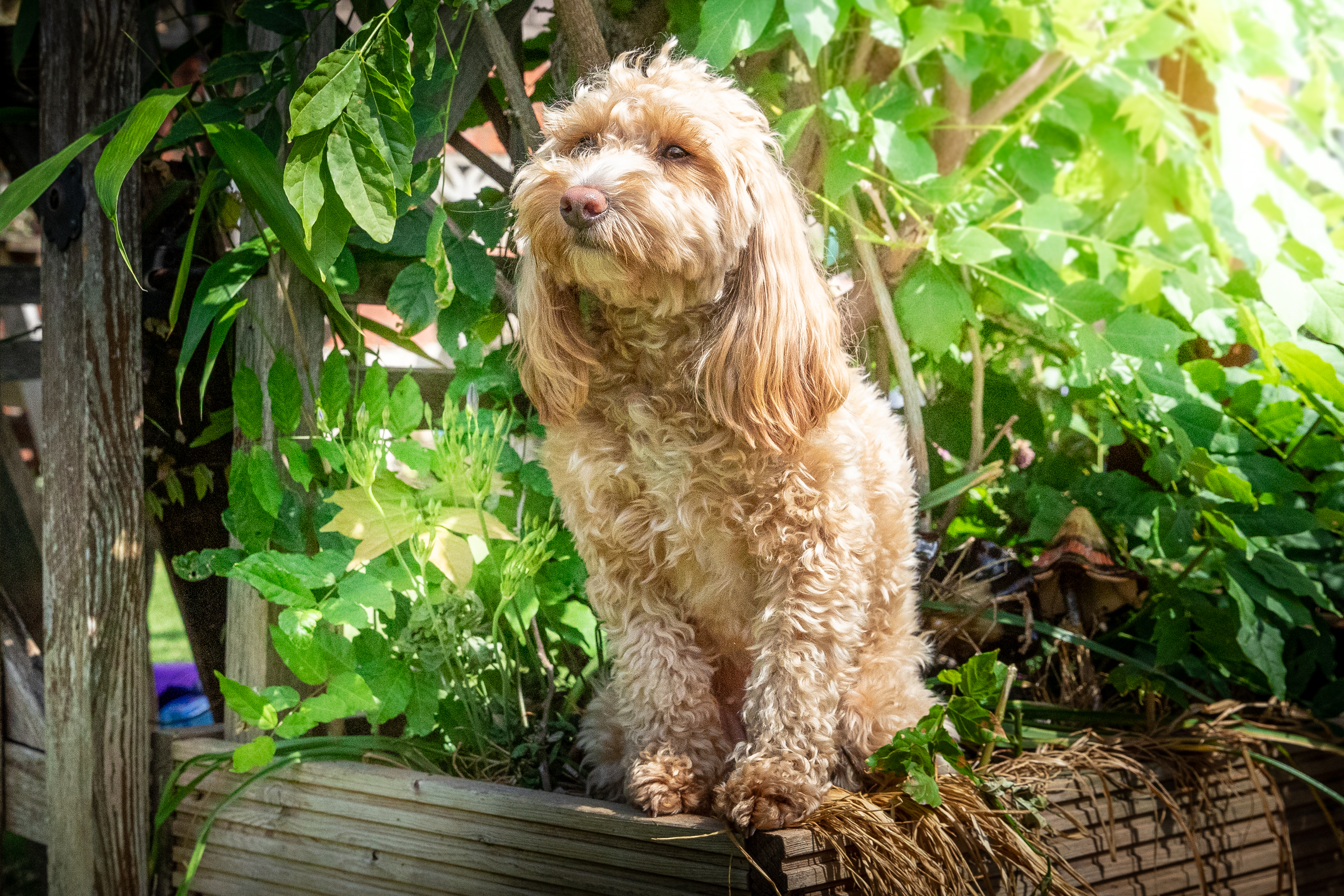 Many cat owners know that lilies are poisonous to their furry family member, right? If the stamen of the lily is inhaled or digested, it can cause severe kidney damage. But it's not just lilies you should keep away from your pet.

Do you know which other plants are considered to be dangerous to our furry companions?

It’s worth knowing that it’s not just the usual household chemicals that ought to be locked away to protect your child or pet, perhaps you should not even bring some plants into your home. Why? Let me outline some poisonous plants, and the horrific consequences they may induce.

I guess, top of the list must be what is commonly known as Marijuana. Ingestion of this ‘herb’ can result in depression of the central nervous system and coordination problems, as well as vomiting, diarrhoea, drooling, increased heart rate and even seizures and coma. And this is just what happens in pets!

Commonly known as the Sago Palm, all parts of this plant are poisonous, but the seeds or "nuts" contain the largest amount of toxins. The ingestion of just one or two seeds can result in very serious effects, which include vomiting, diarrhoea, depression, seizures, and liver failure.

The bulb portions of the Tulipa/Narcissus contain toxins that can cause intense gastrointestinal irritation, drooling, loss of appetite, depression of the central nervous system, convulsions, and cardiac abnormalities.

Members of the Rhododendron family contain substances known as grayanotoxins, which can produce vomiting, drooling, diarrhoea, weakness, and depression of the central nervous system in animals. Severe azalea poisoning could ultimately lead to coma and death from cardiovascular collapse.

All parts of the Nerium Oleander plant are considered to be toxic, as they contain cardiac glycosides that have the potential to cause serious effects that include gastrointestinal tract irritation, abnormal heart function, hypothermia, and even death.

Cyclamen species contain irritating saponins, but the highest concentration of this toxic component is typically located in the root portion of the plant. If consumed, Cyclamens can produce significant gastrointestinal irritation, including intense vomiting. Fatalities have also been reported in some cases.

This plant contains components that can produce gastrointestinal irritation, as well as those that are toxic to the heart, and can seriously affect cardiac rhythm and rate.

The Taxus plant contains a toxic component known as taxine, which causes central nervous system effects such as trembling, coordination problems, and difficulty breathing. It can also cause significant gastrointestinal irritation and cardiac failure, which can result in death.

Most commonly seen in gardens around Easter, the Amaryllis species contains toxins that can cause vomiting, depression, diarrhoea, abdominal pain, hypersalivation, anorexia, and tremors.

These popular blooms are part of the Compositae family, which contain pyrethrins. If ingested they may produce gastrointestinal upset, including drooling, vomiting, and diarrhoea. In certain cases, depression and loss of coordination may also develop if enough of any part of the plant is consumed.

Spathiphyllum contains calcium oxalate crystals that can cause oral irritation, excessive drooling, vomiting, difficulty in swallowing and intense burning and irritation of the mouth, lips, and tongue in pets who ingest.

Pothos (both Scindapsus and Epipremnum) belongs to the Araceae family. If chewed or ingested, this popular household plant can cause significant irritation and swelling of the oral tissues and other parts of the gastrointestinal tract.

Schefflera and Brassaia actinophylla contain calcium oxalate crystals that can cause oral irritation, excessive drooling, vomiting, difficulty in swallowing and intense burning and irritation of the mouth, lips, and tongue in pets who ingest.

Also known as cutaneous and renal glomerular vasculopathy (CRGV), it is a rare condition that affects dogs and is potentially fatal, through kidney failure. While information is still scarce on the exact cause, it's thought to be linked to toxins caused by bacteria such as E. coli. You may have heard of it in local walking or environmental groups. In typical cases, skin legions have appeared below the knee or elbow and occasionally on the face or at the bottom of the chest or abdomen. There may be visible swelling, a red patch or a defect in the skin (perhaps an ulcer). The disease which only affects dogs, damages the blood vessels in the skin and kidneys. It causes tiny clots, leading to ulceration of the skin and severe kidney damage.

Common school snacks and lunch items like grapes and raisins can cause renal failure in dogs and may be more readily accessible to pets if they are loose and unprotected by lunch boxes. Exposed pets need to have vomiting induced at home or a veterinary clinic, and their renal values should be monitored. If a pet has an adverse reaction to ingesting grapes or raisins, they will often show spontaneous vomiting within 48 hours. These pets should be treated with IV fluid diuresis to help protect the kidney function.

School science projects may also bring additional concerns when done in the home. For example, volcano projects often use baking soda as an ingredient in the simulation of a volcanic eruption. Ingestion of large amounts of sodium bicarbonate can lead to GI irritation, abdominal distention/bloat, and vomiting and diarrhoea. There are also concerns for elevations in sodium, decreases in potassium, and the development of alkalosis and hypocalcaemia. These patients should be treated with IV fluids and acid-base status and electrolytes should be monitored and corrected as indicated by the blood values.

Common, homemade craft projects, such as playdough and salt dough ornaments, can lead to elevations of the sodium level in the pet ingesting them. Left untreated, we can see the development of tremors and seizures due to the electrolyte imbalance created by high sodium levels. These pets need IV fluid therapy with lower sodium fluids and warm water enemas to bring sodium back to normal levels. If this treatment is not pursued, death may result.

Ingestion of homemade slime is another possible hazard that could negatively impact your clients’ health.

Persons with ADD or ADHD requiring medication, is are another potential risk to pets. Medications such as Adderall®, methylphenidate, Ritalin®, Focalin®, and Vyvanse® are in the amphetamine family, and when ingested by dogs and cats, will cause significant stimulatory signs and serotonin syndrome. Treatment of this ingestion involves fluid therapy and the use of acepromazine and cyproheptadine to control the agitation and serotonin syndrome signs. Seizures should be controlled with Keppra and phenobarbital. These pets need to be monitored in the clinic for at least 6 to 8 hours after the clinical signs have resolved. Of course, all medications should be stored away from pets and children.

Autumn often creates the potential for increased pollen and mould allergies. Many people with seasonal allergies rely on inhalers. Dogs may mistake these inhalers for chew toys, and should the inner container be punctured, the dog can develop imbalances in electrolytes, elevated heart rate, and potential hypertension. Treatment of this toxicity requires fluid therapy and beta blockers such as propranolol, esmolol, atenolol or metoprolol to bring the heart rate down to normal levels. Imbalances in potassium and phosphorus may also need to be addressed.

Did you also know that because oils come from plants, care needs to be taken when diffusing them in your home? Yes, those beautiful oils that scent your home could well be a danger to your pets. Here are the deets:

However, there are oils that can be used to promote GOOD health in your pets. Want to know more? You’ll have to wait for another blog post on that.

Whilst children are undergoing home-schooling, and in between term times, heightened awareness of pet toxins on the part of both parents and students may prevent emergency visits and keep pets safe while children are at home.

So, what do you think about these poisons? Were you aware so many existed in plants? It makes sense to now make a note of what you have in your home and safeguard your pets (and children!)

If you have any questions, please feel free to message the We Love Pets team; we offer a wealth of support year-round and if you haven’t yet got a walker for your dog, take a look here to find your nearest branch, who will be happy to help with any pet care enquiry. 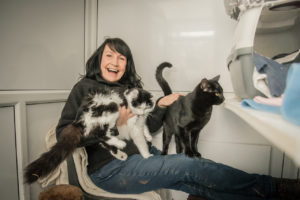 With a background in freelance writing, and a passion for animals, asking Andrea to write blogs was a no brainer! And while Andrea adores every kind of animal, she especially loves cats and is near enough expert on all things feline. Having joined the We Love Pets family in 2016, Andrea loves the opportunity to work with animals day in and out - and there's no one better for the job! 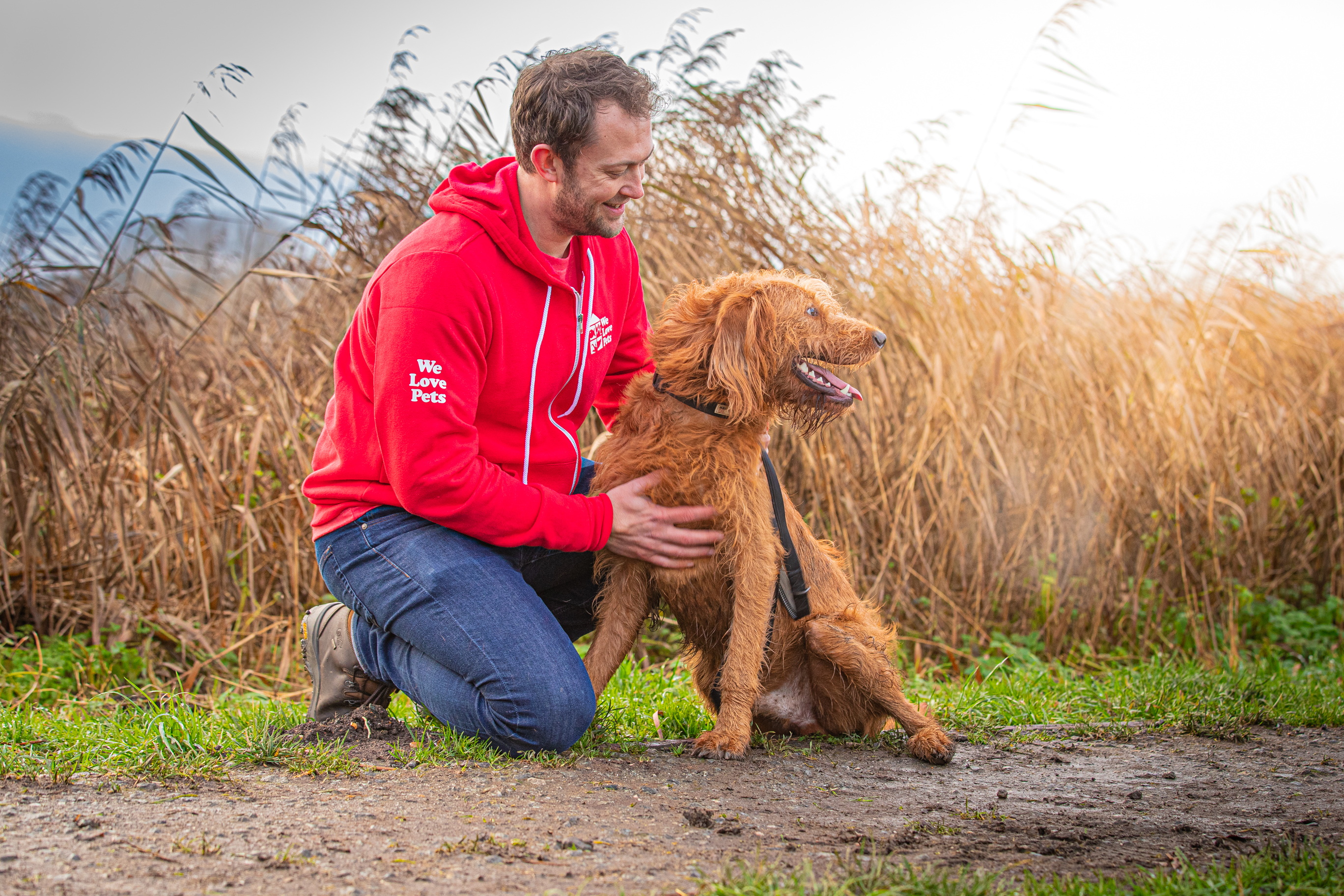 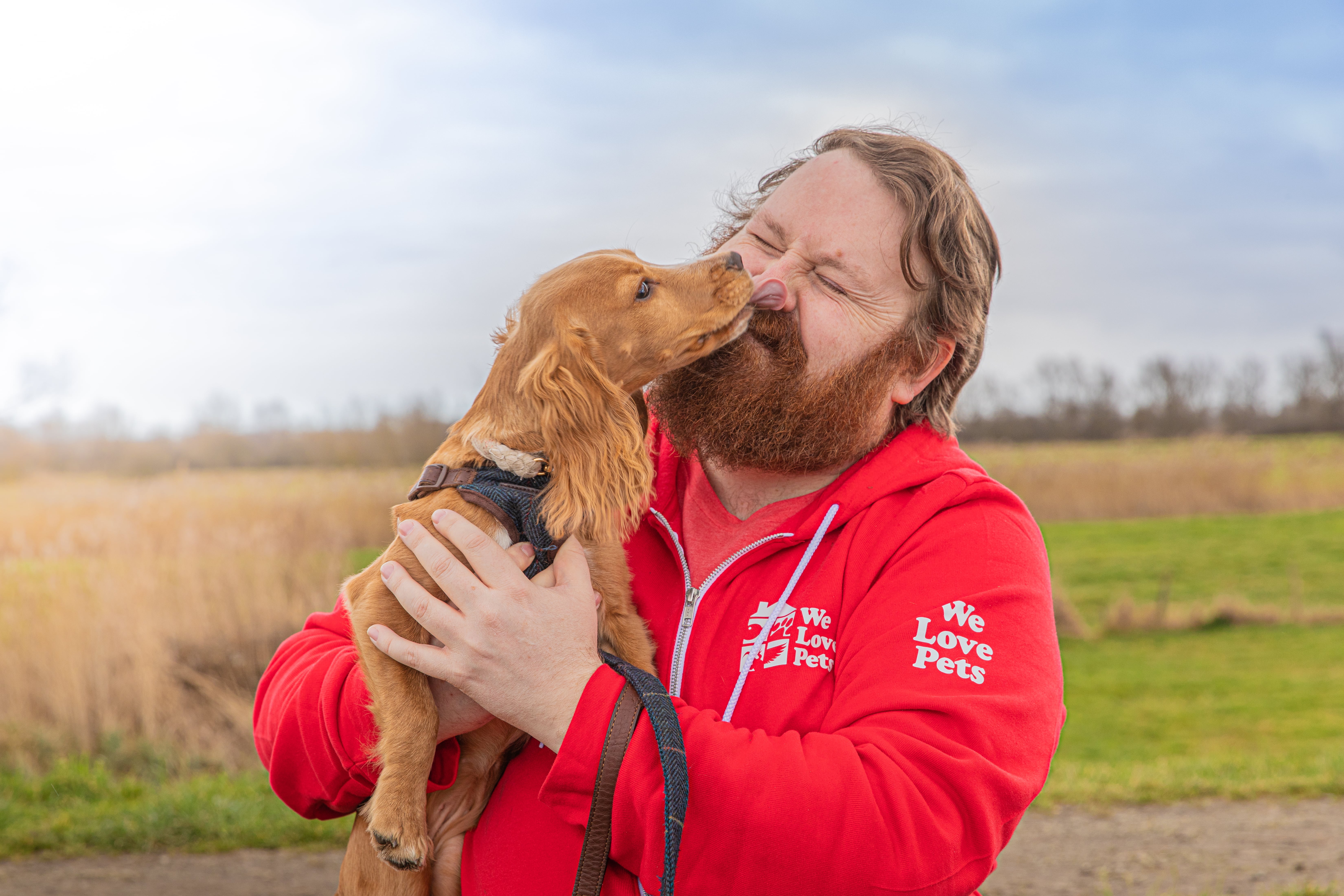 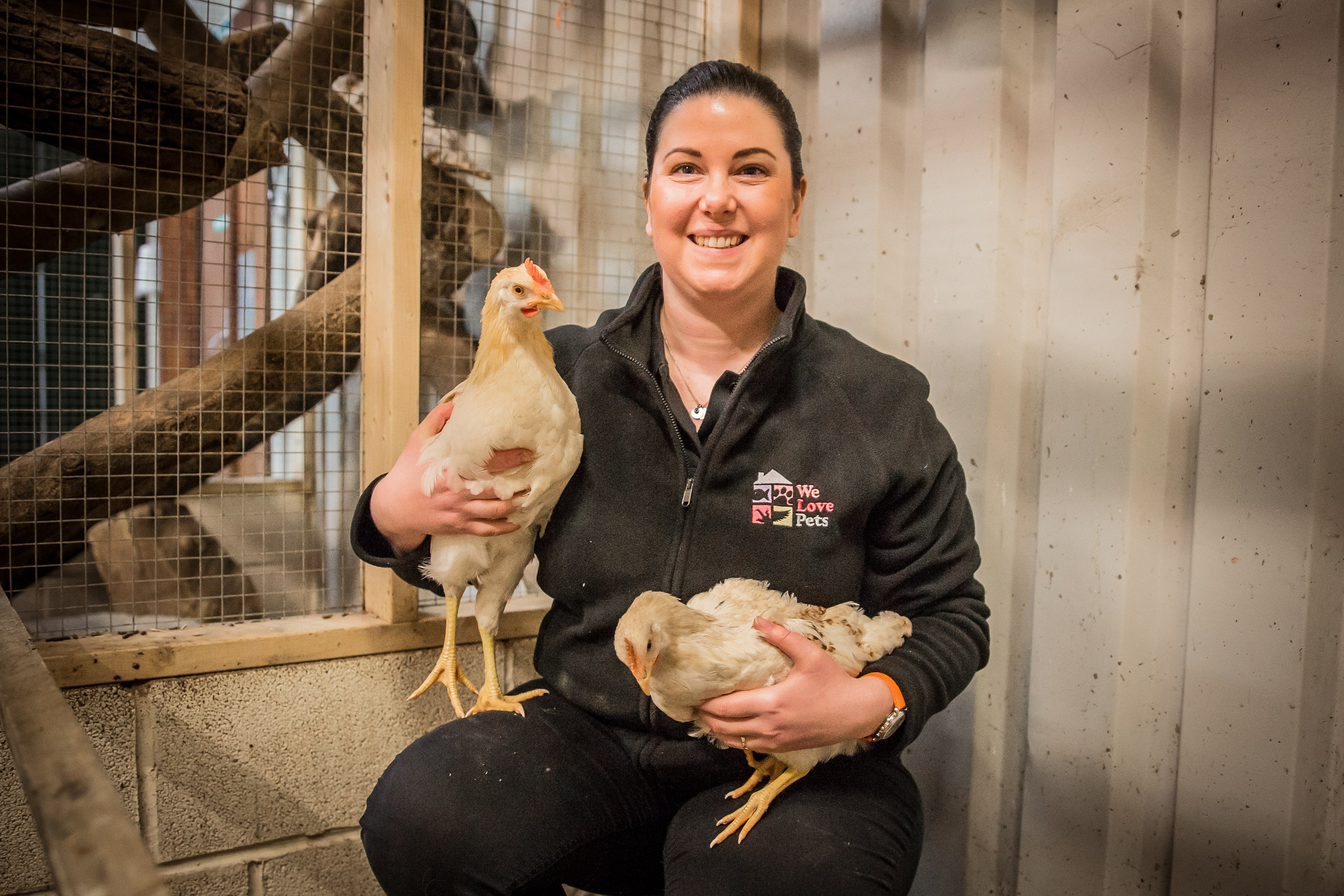 Why pet sitting could be the perfect alternative to boarding 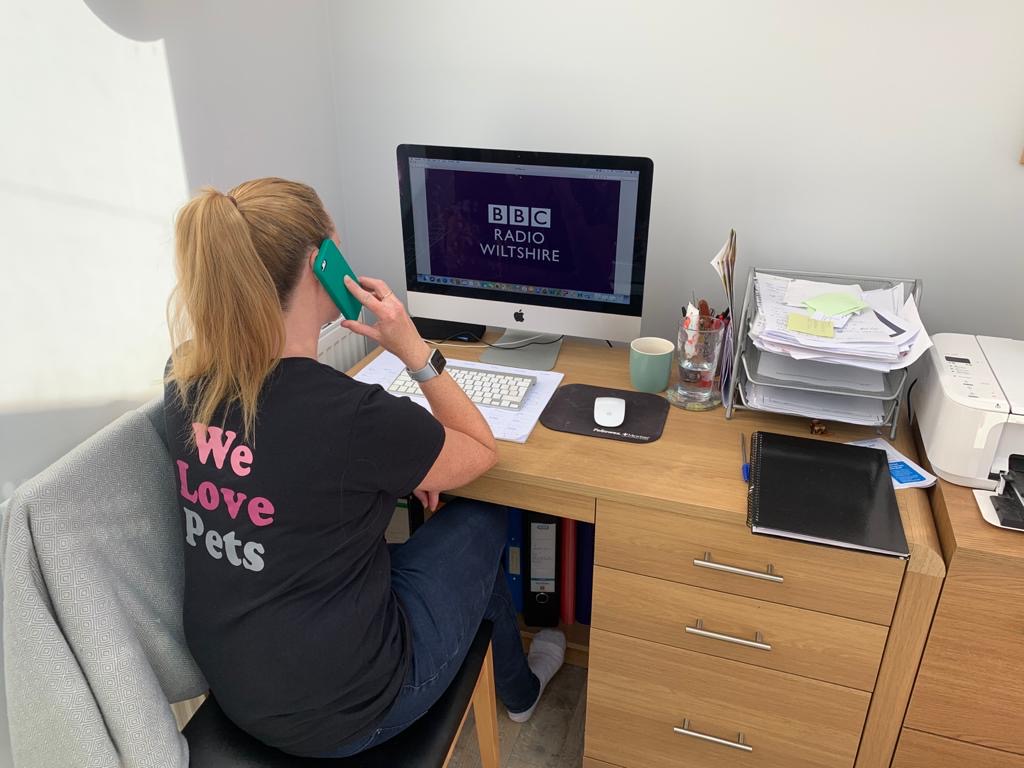